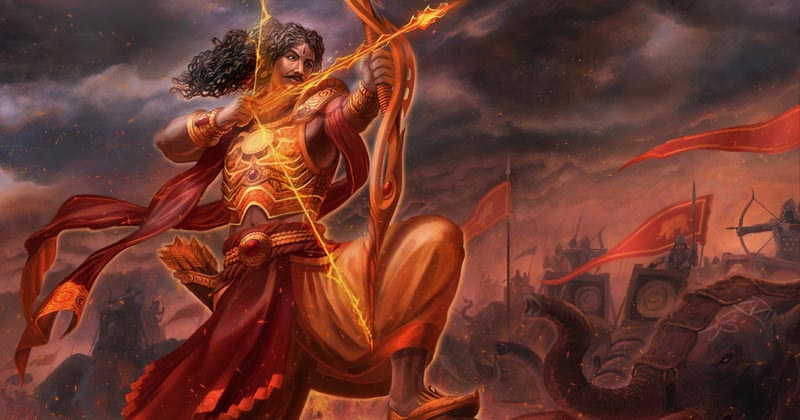 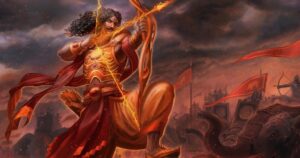 Hindu Epic Mahabharata had many characters. We really appreciate them and even a single character is removed, the story will not complete. Every character has its own essence. But among all , if Arjun is the Hero of this Epic , Karna can be considered to be the tragic hero.Like many , Suryaputra Karn was my favourite hero in childhood while watching the famous mega serial of Mr.B. R.Chopra “Mahabharat” and one question always haunted me that

Why Arjun killed Suryaputra Karn in a unfair war and why Lord krishna provoked arjun to kill karna.

To get the answer i studied further , came across many facts which i am going to share with you all now.

There can be three main reason of this

Unfairness actually started long ago when Kauravas tried to poison Bheem when he was still a child and later on when tried to burn the pandava alive in Baranabat by making “Laksha Griha” for them and Karna was a part of this conspiracy.

Not only this if we can recall, in the begining of Kurukshetra war when two commander, Bheesma from kaurava side and Dhristadyumnu from pandava side, met and the rule of the war laid.

The first major violation of this rule or can say Kshatriya code was done when Abhimanyu, Son of Arjun was killed.

Abhimanyu was a young warrior, chariotless, weaponless and was attacked by six warriors simultaneously. Karna lead the team to slay abhimanyu and he did not even think twice to stab him again and again. When warriors like jayadrath, aswathama was stretching abhimanyus limb, Karna didn’t  tried to stop them. So actually it is Suryaputra Karn who violated the Kshatriya dharma by attacking a chariot less warrior and later on paid back by Arjun.

Other than this on the, 13th day of war when arjun had taken a Vow to kill jayadrath, he had so far in the Kaurava camp that his horses got tired and krishna told him that his horses need rest. That time Arjun was out of his chariot and fighting with all the kaurava army from ground. Kaurava warrior didn’t care that he is chariot less and kept on attacking. So what suryaputra karn did with others, he was paid back in kind.

But this is not the only reason there are other two reasons also. Actually he was destined to die unarmored. He was destined that his chariot will stuck in ground. That is because of curses in his life.

Once during practicing archery he accidentally killed a cow. The cow belonged to a brahmin, who was enraged. He cursed Karn that he will also be killed by an arrow when he is the most helpless. He was killed when he was trying to remove his chariot wheel from the mud.

Another reason was his Bow. His Teacher or Guru Parasuram had given him a Bow, which was Known as “Vijay Dhanush”.

Actually Karn used this Bow only once in his Life. During the war of Kurukshetra. The specialty of this bow is that, any one who will hold this bow can not be defeated. It was the most powerful Bow of that time even more powerful than famous Gandiv and Krishna was fully aware of it.

So when Karn came down from his chariot, he was not holding his Bow and shri Krishna knew that if he take his bow again, he can not be defeated. So he provoked Arjun to kill him when he was chariotless.

There can be numerous argument and counter argument that whether the way to kill karna was right or not. But there can not be any argument that he was a great human being. He was not only suryaputra karn but he was also danveer karn.

Even Krishna was his admirer and tried to bring him on the side of pandavas. His entire life is full of struggles.He was so ill fated that inspite of being suryaputra Karn he was called Sut Putra.He was completely loyal to Duryadhan and before starting of he was fully aware that pandavas will win this war. But still he fought and died for Duryadhan.

But in a all out war Like Kurukshetra, where only dharma needs to win, Everything which is done to make dharma a winner is fair to me. What you think, do comment you views.

Navratri is Knocking the door-Why this is so important

Is Mercury Really a neuter planet