Before understanding the role of amatyakaraka in career, lets understand some basics about amatyakaraka planet. We know that Every Planet has some significance. For example Moon signifies Mind, Mars Signifies Brother etc. But in astrology, there are two types of significance-Fixed Significance and Dynamic Significance. In case of Fixed significance, the things which each planet signify is fixed for every Horoscope. It does not change. whereas in case of Dynamic Significance, the things which each planet signify changes with every horoscope. For example Sun signifies Atma or Soul. It is fixed. But in case of dynamic significance, the planet which is having highest degree in birth chart will signify Atma or Soul. These Karakas are Known as Chara Karaka. Chara means Movable or dynamic.

Now Lets discuss about the importance of Amatyakaraka Planet(AmK). If we consider Atmakaraka planet(AK) as the king, Amatyakaraka Planet can be called Minister of the Horoscope. A minister always give suggestion to King and King executes his orders through Minister. So it is the planet through which Atmakaraka tries to fulfill his wish. That is why it is so important when it comes to determine career and Profession.

Read: When Will Get Success in Job from Astrology

Amatyakaraka Planet is all about Karma or Action

Amatya is one who is Very close to the King and whose advice king seeks. Thus the Relationship between AK and AmK has been considered the Raj yoga of First Order. If it is strong and in good dignity, it can execute the order of the Atma or soul. It can be compared with the 2nd Lord or 10th lord of our birth chart. As strong 2nd lord and 10th lord is very important for sustenance of the native. It is also important for any kind of rewards and recognition.

Dasamsa Chart of D10 divisional chart is checked for finer judgment of Career. The importance of Amatyakaraka planet in D10 chart is very high.During the Chara Dasha the time period of this or signs ruled by amatyakaraka planet is very important to identify the favorable period for Career Progress.

Other than Amatyakaraka Planet we also need to check the 10th Lord of D1 chart, Atmakaraka Planet Position in D9 chart, 10th Lord of D1 chart placement in D9 chart etc to come to any conclusion. We have to perfectly blend the combinations. You can watch this Video to understand the importance of Navamsa chart in our professional Life. This Video is in Hindi. So If you know Hindi, it will be useful for you.

If You want to Know Which is most suitable Career, You can take Our Career Report. It will help you in choosing a Correct Career path which will give You Maximum Success.

Amatyakaraka Sun: When Sun becomes the AmK in a chart, it occupies the 2nd highest degree after Atmakaraka. Sun Signifies Government, Administration, Self Respect etc. So in a Horoscope Amatyakaraka Sun will try to give profession as its significance or planets associated with it.Whatever be the situation, Amatyakaraka Sun will have a say in deciding the Profession or career of the person. When sun is Amk it can give career as Government servant, Administrative officer, Magistrate, Doctor, Politician, Teacher etc.

We always suggest to use Composite approach in which Parashari Technique and Jaimini Technique both to be used to come to any conclusion about Career. You may see the Client Feedback about our Career Consultation.

Click Here to get a detailed Consultation from Me

Amatyakaraka Mars:When we see Amatyakaraka Mars in a birth chart, we can say that the person is most suitable for any kind of military work. Mars is the Army chief among the planets. It is Full of energy. So Amatyakaraka mars also tries to bring that energy in Profession and Career. Engineering, Police, Military, Surgeon, Investigator etc can be the profession of a native with amatyakaraka Mars.

Amatyakaraka Venus: In today’s World Venus is the most important Planet. Because most of the materialistic things that we want to poses is under the control of Venus. So a strong and unafflicted Venus is a great Boon. Amatyakaraka Venus can give profession related to Acting, Singing and all sort of creative field. It can also give profession related to web designing, graphics designing, fashion designing etc. Many big Politicians also has strong Amatyakaraka venus in their chart like Indira Gandhi, Rajiv Gandhi etc.

Read- How to Identify the Horoscope of a Doctor

Its Placement in Kendra(1,4,7,10) from Lagna gives Good intelligence. If this Planet is in Kendra from Atmakaraka Planet, it creates a Raj Yoga and the native start using his/her intelligence at an early age. If it is placed in 10th house or with 10 lord it creates a Raja Yoga. You should read about the effects when Saturn occupies the 10th house.

The Sign Where the Amatyakaraka Planet is Placed in D10 chart, The planets conjunct or aspecting this Planet in D10 chart gives hints towards your Profession. You have to check the 10th house and 10th lord of D10 chart with this planet. But in todays world we can make profession with anything. So we have to use a composite approach to get a better idea.

I have tried to give some brief idea about importance of amatyakaraka Planet and its role in deciding career and Profession.

Click Here take my Career Consultation for all your career related query. 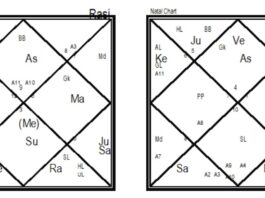 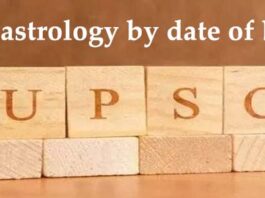 IAS astrology by date of birth-Yog in Kundali for Success in... 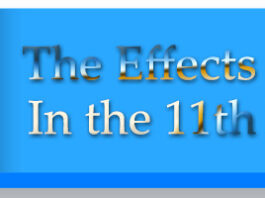 Effects of Sun in 11th house for all the Ascendant

Mars in 11th house for all the ascendant 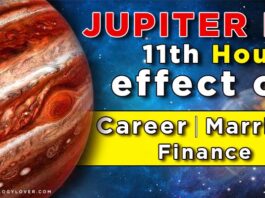 Jupiter in 11th house-effect on Career, Marriage, Finance for all ascendant

Rahu in 11th house-effect on Career, Marriage, Finance for all ascendant

ABOUT US
Astrologylover is your Favourite Astrology Blog. We provide you the Most Accurate Information About Vedic Wisdom. You can reach our office in Palashdiha, Asansol-713341
Contact us: astrologylovers.com@gmail.com
FOLLOW US
© 2019 - 2022 Copyright Astrologylover. All Rights Reserved.